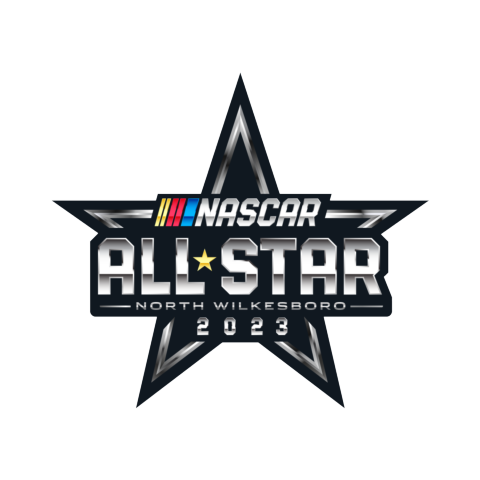 The 2023 NASCAR All-Star Race week has expanded to bring even more race action and entertainment to historic North Wilkesboro Speedway in 2023. As part of NASCAR’s 75th-anniversary season, All-Star week will now feature five days of on-track competition, two concerts and throwback pricing on a variety of concessions.

With the addition of the ASA STARS National Series on Tuesday, May 16, CARS Late Model Stock Tour on Tuesday-Wednesday, May 16-17 and CARS Pro Late Models on Wednesday, May 17 to the race week lineup, fans will be treated to five action-packed days of racing at the iconic Wilkes County facility. All-Star Week will culminate with NASCAR CRAFTSMAN Truck and Cup Series practice, qualifying and race events taking place Friday-Sunday, May 19-21.

In addition to all of the on-track action, the speedway will host concerts Friday and Saturday for NASCAR All-Star Race weekend ticketholders. Artists for the concerts will be announced a later date. All at-track events will also feature throwback concession pricing with $2 hotdogs, $2 Coca-Cola products, $2 Dasani water and $3 beer.

Following select pre-sales, three-day ticket packages for the highly anticipated race weekend at North Wilkesboro Speedway will go on sale to the general public at noon on Wednesday, Nov. 2 at www.NorthWilkesboroSpeedway.com.

The historic race weekend will feature NASCAR’s return to North Wilkesboro Speedway, one of NASCAR’s original tracks, during the diamond anniversary for the sport. Highlighted by the 39th running of the NASCAR All-Star Race on Sunday, May 21, and a NASCAR CRAFTSMAN Truck Series race on Saturday, May 20, the event weekend will be the first time either NASCAR series has visited the venerable 0.625-mile short track since 1996.

“Hosting the NASCAR All-Star Race at North Wilkesboro Speedway is a once-in-a-lifetime opportunity,” said Speedway Motorsports President and CEO Marcus Smith. “Our goal is to jam pack the entire week with great racing and entertainment for fans both on site and watching on FS1.

“Adding two days of late model racing to the calendar makes the week even more spectacular,” Smith added. “We can’t wait to see which NASCAR drivers get behind the wheel mid-week before running for the big money on Sunday.”

*Daily competition schedules will be released at a later date and are subject to change.

Three-day ticket packages for the May 19-21 NASCAR All-Star Race weekend at North Wilkesboro Speedway will go on sale to the general public at noon on Wednesday, Nov. 2 at www.NorthWilkesboroSpeedway.com.

Each NASCAR weekend package will include reserved seats for all NASCAR practices, qualifying and race events Friday, May 19, through Sunday, May 21, plus access to Friday and Saturday concerts. Weekend packages will start at $299, and all purchases will be limited to a maximum of (four) per customer. Seats will be assigned by the ticket office in early 2023 to maximize the limited facility capacity.

Speedway Children’s Charities priority-to-buy donors and a randomly selected group of fans from the “Join the Movement” e-mail database will receive a direct e-mail this week with a pre-sale purchase opportunity for weekend ticket packages. Randomly selected Wilkes County residents will receive a pre-sale opportunity to purchase weekend packages or general admission NASCAR All-Star Race infield tickets priced at $99 for Sunday only. After pre-sales are complete, remaining weekend ticket packages will go on sale to the public on Wednesday, Nov. 2 at noon at www.NorthWilkesboroSpeedway.com. Any remaining infield tickets (if available) will also go on sale at that time.

“Based on the number of fans we’ve already heard from, we know the demand for tickets will far exceed the limited capacity of 24,000 that we’ll have at North Wilkesboro Speedway,” said NASCAR All-Star Race Executive Director Jessica Fickenscher. “Our goal is to allow as many different groups of fans as possible to have a chance to attend the event weekend in person, and we will add 5,000 temporary seats to the 19,000 that exist presently.

“We’re also working on a possible Cup Series hauler parade and Fan Fest for Thursday of race week in Wilkes County, so even more race fans can be part of a history-making week of fun,” Fickenscher added.

Fans can obtain the latest news and information surrounding the 2023 NASCAR All-Star Race week by following North Wilkesboro Speedway on Twitter, Instagram and Facebook or by visiting www.NorthWilkesboroSpeedway.com.